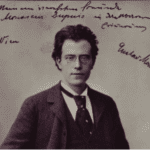 Unknown to many concertgoers until the 1960’s, the works of composer Gustav Mahler (1860-1911) are now among the most frequently performed by symphony orchestras around the world. Why? What qualities make the music of a man from a century past suddenly come to light and illuminate the human sensibilities of another time? Our time?

Gustav Mahler thought deeply about humanity’s place in the cosmos. His symphonies and songs became an expression of his drive to explore the question of life’s meaning. His first masterpiece, Songs of a Wayfarer, a setting of poems the composer himself authored, tell the story of unrequited love from the perspective of a rejected suitor. Yet in composing his next opus, his First Symphony, which he originally dubbed “Titan”, Mahler’s lens on the world expanded exponentially: from the personal to the universal. His passionate affair with the beautiful wife of an army captain sparked Mahler’s imagination and gave him the confidence to envision a work beyond the scope of the Romantic tradition he inherited. In “Titan” we enter the soul of a young creative genius in the very midst of his transformation from a romantic troubadour to a symphonic master capable of plumbing the depths of the human condition. How Mahler’s life circumstances, philosophical interests and musical brilliance resulted in a First Symphony that is one of the most audacious and successful ever is the story of our film. 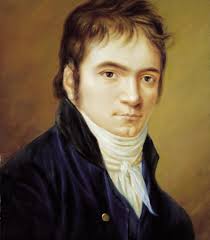 In the early 1800’s Beethoven’s music had taken Europe by storm. But as the century entered its second decade Beethoven’s productivity diminished considerably. This opened the door for new and exciting composers to be heard. The courts, salons and concert halls of Vienna and elsewhere were enjoying the music of other highly talented and far more fashionable composers. It was not Beethoven but Sigismund Neukomm who composed the major work performed in St. Stephen’s Cathedral at the Congress of Vienna in 1815. Premiered at the same public concert as Beethoven’s Eroica, it was the other Symphony in E-flat, the one composed by Anton Eberl, which won critics’ highest praise, not Beethoven’s. 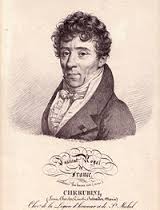 Beethoven’s Shadow, a one-hour documentary film, will explore the world of this great composer’s rivals. What did the music lovers of Beethoven’s day hear in the symphonies, concerti and operas of Spohr, Hummel and Cherubini that made them so successful and famous? What did Beethoven think of them? And them of him? Can we discover the ingredients to a timeless masterpiece by comparing Beethoven’s music to the gems composed by those who today are all but forgotten? 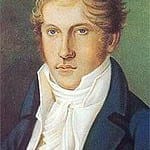 Using dramatizations, musical excerpts performed in the very venues where they were first heard, and the expertise of passionate musicians and historians, Beethoven’s Shadow will reconnect our contemporary imagination to the spirit and artistry of a time that gave birth to an astounding musical genius.